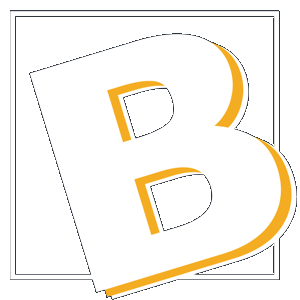 Santa Claus and the Spirit of Santa

If there’s one thing that ticks me off, it’s people saying “there’s no Santa Claus.” I mean, I get it! I used to do the same thing, proclaiming it as a point of pride, arguing  it was unhealthy to lie to children. After all, I reasoned, this fable inevitably leads to disillusionment. But I see the world differently now; I was well-meaning, but drunk my own righteous cynicism. Like a kid who “figured out” where babies come from, I had become tangled in my own web of emotional confusion, focusing on the literal, and forgetting the bigger picture.

It all came to a head when my kids were toddlers. I spent a lot of time thinking about what I wanted to teach them — what were the most important lessons they needed to learn. Some go almost without saying: be kind, don’t treat others in ways that you wouldn’t want to be treated, be honest… but along with the basics, I realized that if I could teach them just one thing in life it would be the difference between literal and figurative. I truly believe that the lack of distinction between literal and figurative is at the heart of much (if not most) of the world’s misery.

After all, how many religious conflicts have arisen from an argument over Truth — that this word, this passage from the Bible, the Qu’uran, the Vedas, the Sutras, or any sacred text, is literally true or not. I recall watching a public lecture many years ago in which an acclaimed Atheist debated a well-known Evangelical about whether God existed. Sadly, as the discussion became increasingly heated, I became bored, realizing this whole thing was a farce. After all, the Atheist was relying on blind belief and circular reasoning as much as the Evangelist. And worst of all, it seemed these two moppets just couldn’t tell literal from figurative; never learned the old adage that “the map is not the territory.”

It’s not that either debater was entirely wrong… and of course neither was entirely correct. I wished that atheist could have softened, saying, “I know there is no God literally sitting on a throne somewhere with a big beard, dressed in robes. But I admit that we don’t know everything about the universe, and there could be some underlying unifying force working behind the scenes. Because we can’t know it yet, can’t define it, I can see how some people might benefit from poetically, figuratively, anthropomorphically assigning a name and characteristics to it. That doesn’t work for me, personally, but I can see the value in creating reminders to stay humble, to keep searching, keep believing things can be better, and so on.”

The Believer, in turn, would say, “I know that I’m just a puny human and I’ll only ever know little slices of the Truth; and I know that these words I use are such a pale reflection that they can be confusing if taken literally. But these metaphors for that greater thing, whatever that is, work for me. I am also aware that my metaphors don’t work for everyone, and when other people pray and teach, they’re just using different words and ideas, striving to describe the same thing I’m struggling with. Of course I believe in science, and I know that science alone is enough for some people. But science is also full of deep mysteries. Most of all, I’m aware that all these metaphors and similes are just figurative—like poetry, like music, like all the ways that humans try to touch deeper truths.”

I’m not sure that anyone would buy tickets to a public debate like that, where each person admits they don’t have all the answers and works to find common ground. But I do know the world would be better with more of these kinds of conversations.

There are so many other examples where people need to understand literal vs figurative. In our modern culture, we’re constantly bombarded with marketing, photorealistic (but fake) imagery, lyrics, pornography or eroticism… even scientists use analogy and metaphor to describe the literal, often when it’s completely misleading. For example, there is nothing truly “positive” or “negative” about electrical forces — those are just words coined by Benjamin Franklin to describe a phenomenon. Similarly, electrons don’t really spin in circles around the nucleus of an atom, and subatomic particles don’t really have color, strangeness, or charm. But we have to talk about characteristics and behaviors somehow, and it’s easier to come up with simplified stories and assign words—even if the words can confuse as much as help.

And here’s the crux of it, what I realized when my kids were small: We don’t tell scientists “don’t use that word because your students will be sad and disillusioned when they learn the truth.” Instead, we use the words, metaphors, and stories to teach difficult concepts to the uninitiated. And then we continue using those ideas to communicate with each other because they become part of our shared language. Because adults can understand multiple levels of meaning at the same time. We can use simple words and understand that we’re not locked into their literal meaning.

So, back to Santa. Is there really a jolly old elf in red, who lives at the North Pole and delivers presents to people around the world? Yes and no. If you get caught in the literal, then no, of course not. But if you relax, feet firmly planted in reality, and allow the figurative to also be true, then: yes, of course there is a Santa Claus—a spirit of Santa, which is as alive and well as you and I, manifesting in our actions and words. Santa is a metaphor for the energy that we use to bring joy into the world. To say there is no Santa is to ignore that force, to deny there is something special about a season of kindness and giving.

Santa (and Santa’s elves, and even Santa’s reindeer) are not literally out there, they’re figuratively all of us.

The next time someone argues with you about Santa or God or pixies or whatever, take a deep breath and remember ignosticism. No, not agnosticism, which says “we don’t know,” but ignosticism, which boils down to: “I’m happy to discuss this, as soon as we can agree to define our terms.” And then remember: every word, every phrase, is part of the poetry we use to communicate. As hard as we try to get to literal, and as much as we want to believe in it, it’s still all figurative.